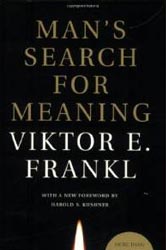 Victor Frankl was a Jewish psychiatrist and a neurologist who was held captive at several Nazi concentration camps during the Second World War. During his captivity, Frankl experienced truly horrendous events, yet somehow he was able to find meaning in this extremely brutal, stressful and unpleasant existence.

Upon his release, Frankl wrote a book on his unique experiences from a psychological perspective. The book is a raw and heartfelt read.

According to Frankl,”We can discover this meaning in life in three different ways: (1) by creating a work or doing a deed; (2) by experiencing something or encountering someone; and (3) by the attitude we take toward unavoidable suffering”.’

In other words, the way in which we can find meaning is by experiencing things that only we can experience.

In modern society, people are rarely given a chance to feel proud of their suffering. The meaning inherent in whatever negative event has befallen them is dismissed, and the victim is often seen as shameful.

This is not so, says Frankl. Suffering is the ultimate test of our character; how we face the realities of the present moment can be the catalyst for profound meaning. As Frankl explains, “Everything can be taken from a man but one thing: the last of the human freedoms—to choose one’s attitude in any given set of circumstances, to choose one’s own way.”

This can never be taken from us. We always have a choice.

Frankl speaks of the 3 phases of psychiatric states of a prisoner’s mental states during captivity: (1) the shock upon arrival; (2) the emotional desensitizing and apathy during his captivity; (3) the inherent risk of perpetuating the suffering afterwords (for example, the former captive/victim becoming a tormentor of others).

The description of the third phase gave me an eerie reminiscence of my own travels to Israel, and some of the personality types I encountered there.

Through his experiences, Frankl developed Logotheraphy, a new form of psychotherapy, based on the Greek word logos, or ‘meaning’. His theories are based on the idea that the ideal human life is one of meaning, not happiness, as is often stated by today’s society.

Existential vacuum is the most prevalent of psychiatric neuroses of modern society. People are more wealthy than ever before, yet as they have enough wealth to live by, they find themselves without anything to live for. The meaning missing from the equation.

One way to secure meaning in one’s life, is to bank it in the past. Frankl says that to pity old people is folly. Yes, they may not have as many opportunities in front of them, but what they do poses is kindnesses performed, love given, experiences had, and memories made.

In my own experience, I remember loosing a beloved dog once. Despite my personal grief of the loss, I found immense comfort in recalling the moments of love and kindness that the dog and I had shared.

Hopefully, by living consciously, we can learn to apply these lessons to our lives and find a greater meaning. 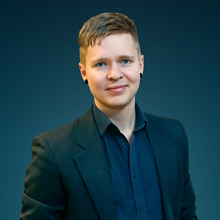