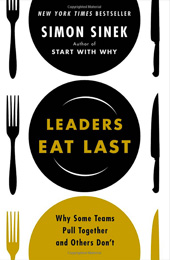 The disconnect between our natures and our culture.

Our bodies have not evolved much since we lived in ancient hunter-gatherer tribes of about 150 people, our culture has. We’ve undergone a population explosion and an unprecedented technological and cultural revolution.

In the ancient tribes, alpha males were the undisputed leaders. They were given the best meat, choice of mates, et cetera. In exchange for this privilege they had to be willing to sacrifice themselves for the good of the tribe. This usually involved a battle with other tribes, dangerous encounters with animals or Mother Nature.

In modern society, leadership has transitioned to the political and business spheres, to people with the power to make things happen. The mechanisms for how we view these leaders hasn’t changed. We still intuitively sense that our leaders should be treated better than the average person, and we’re upset when they aren’t show their due respect. As an example, there would be a public outcry if the president of a country had to carry his or her own bags to and from the hotel.

Abstraction and the loss of the individual.

“The death of one person is a tragedy. The death of a million people is a statistic.” – Stalin

Since we’re no longer living in tribes of 150 people or less, leaders of today often lose contact with the people they lead, abstracting them to numbers on a page or metrics on a financial report. Employees then cease to be experienced as real people, and are thus expendable (via mass layoffs) in order to ‘make the numbers’. This leads to artificial leadership, wherein the ‘leader’ is no longer responsible to their people.

This point was illustrated in Milgram experiment, in which they determined that 65% of people would be willing to kill another human being if an authority figure told them to do so, and given that they were unable to see their victim.

When people don’t feel safe, they are less productive, less willing to share information (the foundation for innovation), and they tend to stop thinking about the good of the group, and start thinking about what’s best for themselves.

Leadership is about safety and trust.

In true leadership, a ‘circle of safety’ is extended to the furthest reaches of the organization. Numbers are sacrificed for the people, and not the other way around. Great leaders act as a parent to their employees, granting them the same feeling of safety and security that they might offer their child.

True leadership begins at the very top, and cascades down through the organization. It creates a culture of sharing, openness, energy, fun and community. In short, it creates the tribe-like way of life humans were designed to function in.

I’ve personally experienced the positive atmosphere of workplaces like Google, where lunches are free, schedules are flexible, employees are given a high degree of autonomy and respect, and in return are trusted to (and DO) produce amazing results for the company.

Humans were designed to collaborate.

In order to thrive (and not just cope), it is vital for our places of work to have a balanced dosage of all four chemicals. Through evolution, they were developed to help us work better together. As human beings, we are all naturally driven by these chemicals to want to serve others. We need leaders to give us an excuse and meaning full reason to do so.

Currently, there is an overemphasis on dopamine in our work culture, as it is becoming more independent. This is largely in part to a change in our society, brought about with the mixture of the Great Depression, two World Wars, the Baby Boomers, Generation Y. The author goes into details about the history of changes in our workplace culture.

People at the top often have all the authority but no information, and people at the bottom have all the information but no authority. Leaders need to relinquish control and trust their employees in order to reach the maximum potential. Great leaders share what they know, and push responsibility down the ranks. This creates a solid foundation for the organization.

Poor leaders hoard what they know, and consolidate power at the top. This can be a profitable method in the short term, but is extremely risky for the organization, creating a fragile organization. The slightest mistakes at the top can lead to a melt down, and the organization is gambling on the fact that the next top executives will not make any mistakes – which they will.

Leadership is not license to do less, but a responsibility to do more. Leaders of tomorrow need to respect and trust and their employees, and treat them just as they would treat their family. They need to know that their position in the hierarchy is directly correlated to their degree of responsibility for their followers and act accordingly.