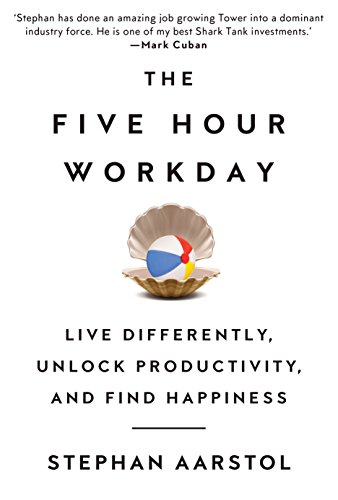 Finland has the best education system in the world; they score highest on international testing. What is their secret to academic success? They discovered that by reducing the amount of hours kids are in school (and eliminating homework), kids fared much better. This change allowed them time and energy to develop other, vital aspects of their personality – vital for academic success.

The same is true in business, and the most successful people are already doing it. The billionaire entrepreneur Richard Branson recently allowed all his employees to take as much “vacation” as they want, Google consciously allocates part of its employees’ time to tinker, and Sweden, too, recently moved to a 6-hour workday across the country.

There is a reason why successful people are opting for less time at work: it works!

Humans beings were not designed to work 8-hour days. Just as with the education system, working long hours is a relic of the industrial revolution. In large bureaucracies, attendance is often rewarded, in lieu of innovation and results.

In fact, human beings are lazy by nature. Our ancestors did only as much hunting as was necessary – likely several hours in a day – and then spent the rest of their time re-creating! Not only did this allow them to become better during their “work”, it also gave life joy and a sense of meaning.

In this prosperous age and region of the world (the West), why do we not allow ourselves to benefit from technology’s massive productivity increases? Especially when doing so – counterintuitive as is might seem – increases our productivity (not to mention our quality of life)?

In this book – an unofficial follow-up toTim Ferriss’ The 4-Hour Workweek (also a must-read) – the author describes how he converted his company from an 8-hour workday to a 5-hour workday, increasing productivity in the process! This made his employees were much more satisfied with their jobs, quality of work improved, and the company’s morale went through the roof.

Just as muscles need rest in order to become stronger (and “supercompensate”), we humans need a lot of free time in order for us to focus and work hard and smart. A five-hour workday is a great place to begin.